It is undeniable that 2022 has represented a turning point for women’s football, as, throughout the year, we have witnessed record-breaking figures across all fronts: attendance, investment, broadcasting, and overall fan interest.

The growth flywheel we described is definitely in motion and the industry needs to capitalize on it to help it unlock the next level of growth.

During the year, we welcomed some of the leaders that are shaping the future of the game and they have delivered countless insights and wisdom on where women’s football is headed.

In this article, just as if it were a dream line-up, we wanted to summarize the 11 best quotes we have heard at World Football Summit events around the evolution of women’s football, how to unlock the next level of growth, and the potential it could have in the near future.

“Exponential growth” has been a common term across the board when trying to understand the potential of Women’s Football.

Andrea Ekblad, Head of Women’s Football at Dazn, and a key figure in distributing content and covering the sport across Europe is confident the momentum is just getting started. As a matter of fact, Dazn was recognized with a 2022 WFS Award for its efforts in increasing and improving coverage of women’s football across Europe.

“I believe that this is the most dynamic period ever for professional women’s football. And it’s happening now. And it also now it’s unstoppable.” 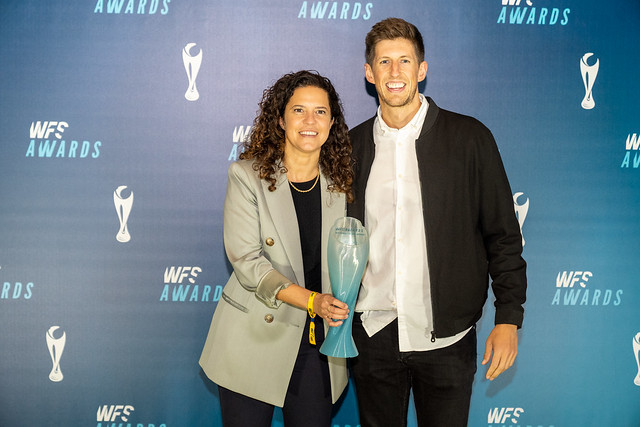 Cindy Parlow-Cone, President of US Soccer, and one of the most relevant figures in driving equality for the game, also believes that the time has come for brands to fully invest in women’s “soccer.”

“The women’s game is poised for exponential growth. I think the time is now to invest in the women’s side of the game across the globe.”

Beatriz Álvarez, President of LaLiga F, knows how far we’ve come when it comes to women’s football. She understands that in order to be where we are today, female players have faced many obstacles to develop their sport, and proudly talks about this frustrations and difficulties.

“La Liga F is more than just a letter. We’ve said it the day of the presentation, but it entails a series of values: family, faith, failure, faith of our fans, of fair play. We talked a little about all those values that represent us. ”

Claire Bloomfield, from the European Club Association, sees “player performance” as the first step that is needed to propel the growth of women’s football. Only then will fans attend and watch more matches and, as a result, businesses looking to connect with them will become interested.

“If we’re increasing the performance, and the quality of play, ultimately, that then generates more interest from supporters, which attracts more broadcasters and sponsors who also want to join the party.”

You can watch Claire join Andrea and Samantha Lamberti on the WFS Europe stage to discuss the data and insights that justify why investors should not discard this opportunity.

Precisely Samantha Lamberti, from Nielsen, is of the opinion that creating “mental availability,” in other words, being at the fans’ top of mind, is what will drive overall interest. This has been evident across other sports like Formula 1 or even chess.

“It’s everyone’s responsibility in the football industry to give fans access to new types of content and create mental availability around the Women’s game.”

At the end of the day though, guaranteeing a fair distribution of resources is the enabler that is missing, as Ebru Koksal, from Women in Football, pointed out during her participation in the WFS Europe stage.

“To grow the system we need a fair distribution of resources. Today, only 2% of the global value and money that football generates goes into women’s football.”

You can also watch Ebru join Maggie Murphy from Lewes FC as they have a rich conversation on how to drive long-term sustainability for women’s football.

The time for women’s football in Africa is now

Shifting over to the African region, Lindi Ngwenya, from Sisu Sports Management, visited the World Football Summit Podcast and identified 3 pillars to unlock the next level of growth, which are not far from what the industry in Europe points out.

“To grow women’s football we need to make it more accessible, create solidarity mechanisms, and get players to play more games.”

Thlopie Motsepe, Chairman of the Mamelodi Sundowns, winners of the first-ever CAF Women’s Champions League in 2021, cites partnerships as a key ingredient to factor into the growth equation.

“Getting more money for women’s football is possible if we find the right sponsors and partners and make sure the right people sit on the table.” 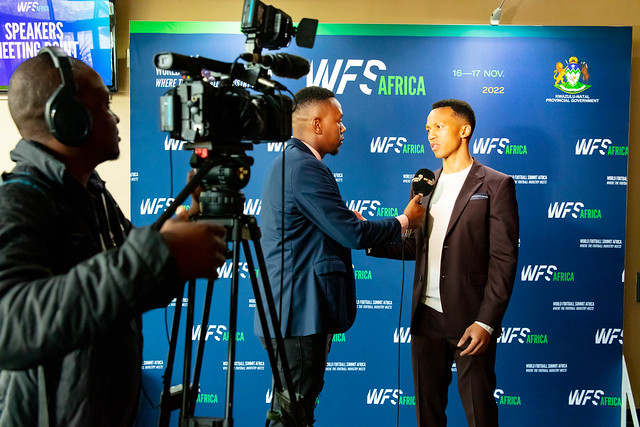 But growing the ecosystem implies much more than improving player performance on the pitch. The change will be sustainable when women get more presence off it as well and are given opportunities to lead, as Lydia Monyepao from SAFA explained.

“Having more women at the top of sports organizations it’s about being intentional, about growing the involvement of women in football. Someone who is playing football now doesn’t just suddenly wake up and decide that they want to go into administration. It’s important to link education to football.”

Susan Destombes, Secretary General at COSAFA, framed the conversation around what needs to happen when women get the opportunity to lead from executive positions. “Empowerment” is the key concept to keep in mind:

“It’s all very well, having women come to the organizations, but when they’re there, they need to be given the tools, they need to play a real part of there. To empower them with confidence, with knowledge and to make them feel heard.”

Where is the potential for women’s football? Who else than two of the protagonist behind one of the most astonishing deals in the football industry during 2022, which was announced live on the WFS stage, to find out?

Victoire Cogevina Reynal, founder of Gloria Football, in an exclusive conversation with WFS Digest, shared some of the reasons that justify why OneFootball acquired her business: “Football & women are not only the right thing to do, but it’s also good business. There is a massive 3 billion customer market that is gravely underserved and untapped.”

Along those lines, Alexis Ohanian, who was an early investor at Gloria Football and Angel City FC; arguably the “coolest” women’s football property of the moment is a true believer in the potential of the sport in the United States:

“Women’s football in America has the potential to become bigger than the MLS over the next 10 years.”

We would not be surprised to see this happening in other regions of the world, not only in North America.

All in all, these 11 quotes on the potential of women’s football make it undeniable to see that the sport is ready to be recognized as a “major” one, and at World Football Summit we will continue to bring visibility to the game and count on the voice of the experts that are helping to shape its future.

This article features in the latest edition of WFS Digest, our insider’s guide to the latest and most relevant thoughts and practices from within the football industry. You can subscribe to WFS Digest HERE.

More on WFS
The growth of women’s football as seen by World Football Summit speakers
What Web3 means for community building efforts in football clubs
TIC-TAC: WFS EUROPE IS JUST AROUND THE CORNER AND HERE ARE SOME NEW SPEAKERS WHO’LL BE THERE